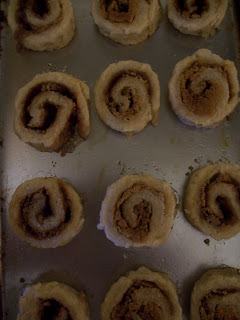 April 6: After my mom bought a pie crust, disappointing my newly found skills at pie crust making, I decided to make a crust and turn it into ickles.  Ickles are a pie crust rolled into a rectangle, covered with a layer of brown sugar and cinnamon, rolled up, and baked. 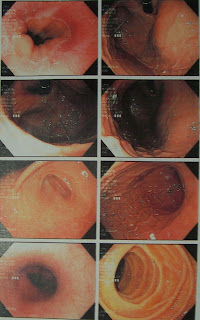 April 7: After experiencing digestive issues over the past few months, my GI decided to schedule me for a EGD (upper GI scope).  I asked for a copy of my images to share, the results showed that I have a hiatal hernia which is causing the reflux.  This is actually good news because it means that I don’t have an ulcer! 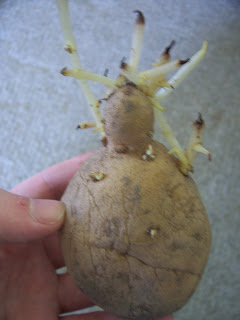 April 8: I was getting potatoes ready for mashed potatoes for Easter, and I came across this “guy.”  I decided “he” looked like a little guy with a bad hair day! 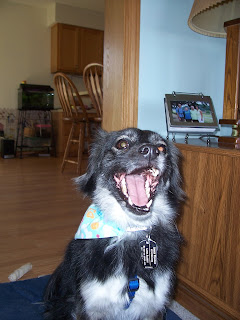 April 9: While taking pictures of Maigee wearing her new bandanna from Custom Canines and she gave me this silly shot by yawning during the picture.  I can’t decide if she looks ferocious or like she is laughing.