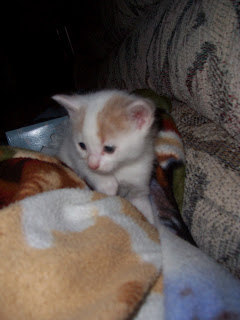 April 10: Today was a sad day because Ike passed away; so, I will share one last shot of my little Ike. 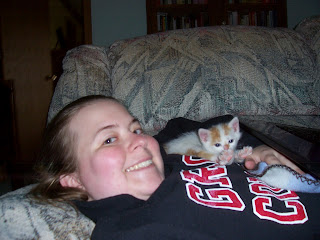 April 11: Ike’s brother came to live with us, so here is a shot of the two of us together.  He was enjoying a nice nap, but when I grabbed the camera I woke him up and he decided to take a little stretch. 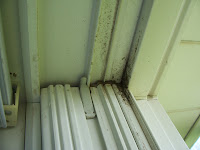 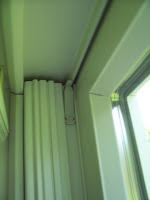 April 12: I’m undertaking a major cleaning project, today’s project was to tackle the windows, which surprisingly are supposed to be white and not grey-ish with black mold spots.  Above is before cleaning one and after the other was finished. 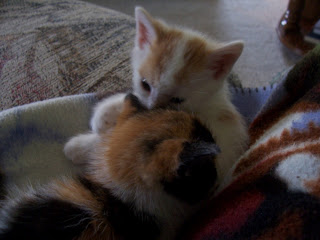 April 13: Daisy and Tyler hung out with me while I did some things on the computer, they were wrestling which soon went into a cleaning session. 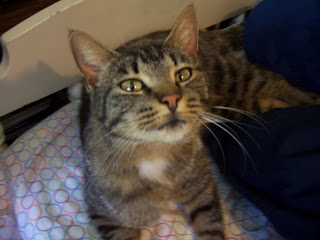 April 14: After all the time that Tyler has spent inside, Roxie decided it was her turn, so she spent a few hours “helping” me continue my cleaning project.  Her “help” was to supervise while laying on my bed. 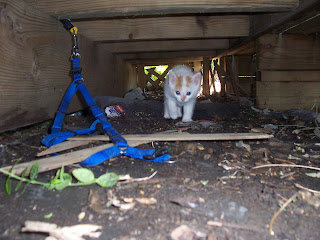 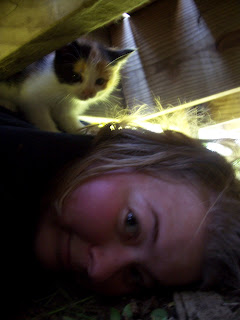 April 15: Maigee decided that hiding under the porch was a great idea, which would have been fine if it hadn’t been for the 50′ rope attached to her that didn’t maneuver under the deck quite so well.  After I pulled off her harness, I still had to release her harness and the rope which were just out of reach.  Laying on my stomach as far under the deck as I could get trying to reach the harness, the kittens decided that this was some great new game and thoroughly enjoyed it.